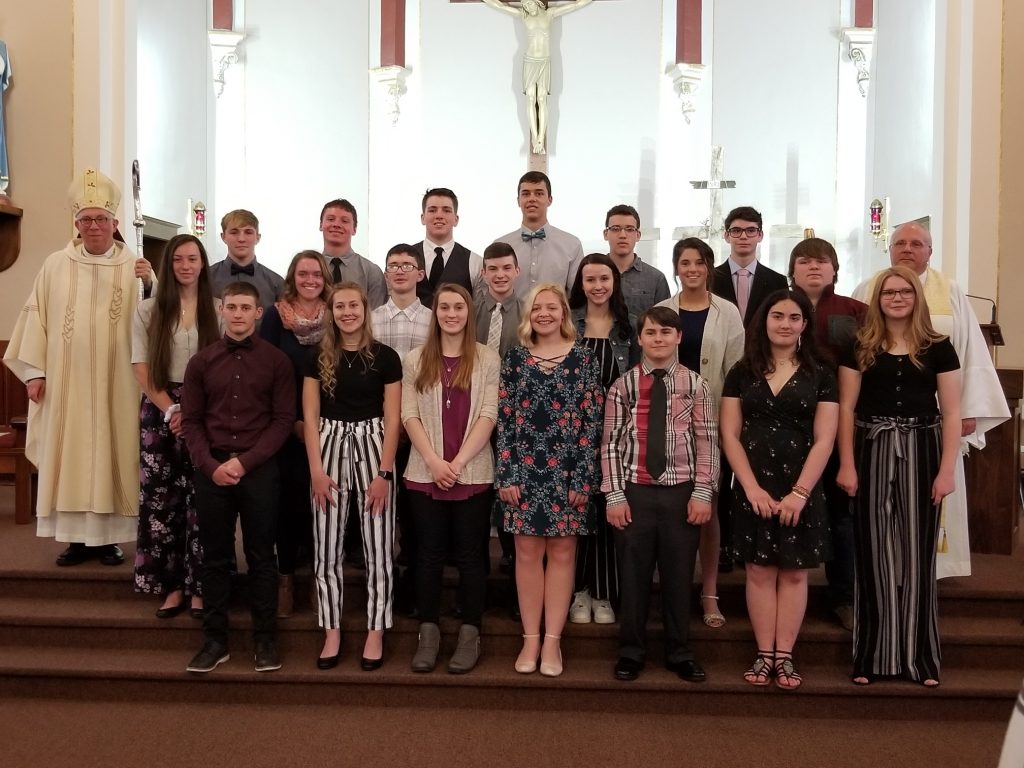 The first Catholic residents of Monticello were Irish pioneers who came to work on the Dubuque-Southwestern Railway, which was being built between Farley and Cedar Rapids. In 1857, missions were established at Anamosa and Monticello and were attached to an existing one at Temple Hill.

In 1868, Father Cogen was sent to Monticello to organize a congregation and build a church. He erected a large frame church with the help of men from the congregation, but it was destroyed in a windstorm in 1878.
In 1884, Father O’Conner was sent to Monticello to strengthen the congregation and build a new church. The cornerstone can still be seen in the foundation of the home at 535 West Seventh Street. As the town developed, the location proved inconvenient for many, so a new church was built in a central location. On December 25, 1914, the twin spired, brick church was completed and the first Mass was celebrated.

On September 4, 1922, a school was opened for 108 students in grades one through nine and it offered a full high school curriculum in 1924.

Construction on a new high school was completed in 1958. The high school closed June 1, 1970, but the school continues to operate offering preschool through sixth grade classes.

The original school building was demolished in August 1987, when required repairs and remodeling proved too costly.

In the tradition of our predecessors, we continue to be one in the Lord as we gather as God’s people at Sacred Heart Church. 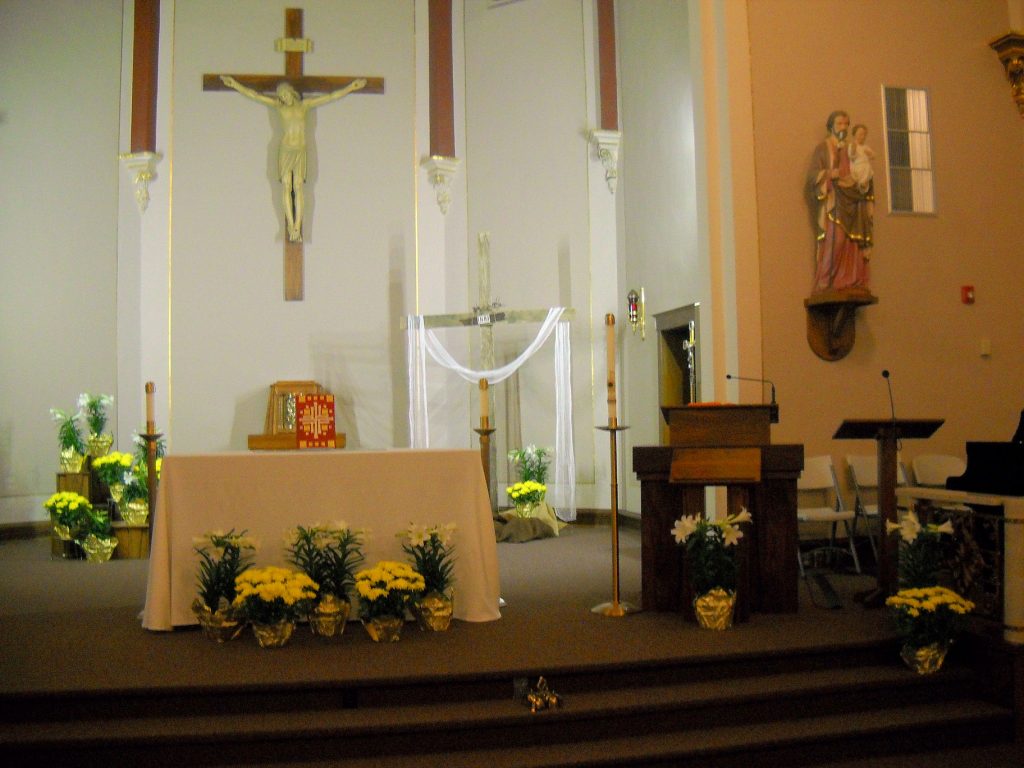 The Birth of Christ

The Finding of Jesus in the Temple

Mary is Crowned Queen of Heaven and Earth

Peter Receives Keys to the Kingdom

The Wedding Feast at Cana

The Road to Emmaus

The Statues of Sacred Heart

The Sacred Heart of Jesus

The Stations of the Cross